Harry Potter and the Sorcerer's Stone 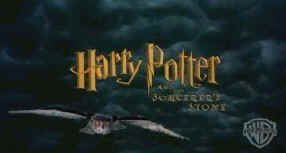 DVD Walkthrough (Shortcut)
Visit the Classrooms section (you'll need to get a wand from Olivander's first) and use your navigation arrow keys to highlight the "H" on the middle Hogwarts pillar type thing and press enter. Now you will be taken to Fluffy, choose the flute and you will proceed to the next room. This room contains the flying keys. If you look in the middle of your screen and far in the background, you'll see the key that has broken wings, highlight the key and press enter (if you can't find the key just make a guess, you'll have several more chances). You now arrive in the room with the Mirror of Erised, highlight the stone in the mirror and press enter. That's all you have to do! You now have access to the hidden scenes! Though unfortunately you have to do all of the above every time you want to see the hidden scenes.

"Harry Potter" and all other proper names from the Harry Potter book series are trademarks of Joanne Kathleen Rowling and the TIME WARNER ENTERTAINMENT COMPANY, L.P. The Wireless Wizarding Network is not here to infringe upon any copyrights or to break any laws. If you have a problem with something you see on this website please contact us via our Feedback Form.
This site is hosted by Uzipp.